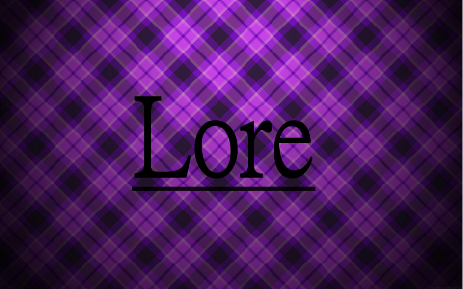 (note: some things are subjected to change and gameplay wont affect the lore)

A HISTORY OF “THE ISLAND”

After the death of a man known as “The Saint”, his corpse is split by an earthquake and distributed across North America. Locations known as Devil’s Palms begin to appear throughout North America at the same time. In the same year, a meteoriteーlater known as Forsythーcrash lands near Miami, Florida.

Funny Valentine finds the Saint’s Heart, destroying the Devil’s Palm above Forsyth. This causes the area around Forsyth to break and disappear. Forsyth begins to drift further into the sea and settles on an area 926 KM from Miami, Florida.

A man steals the Saint’s Corpse and travels to Japan, shortly dying afterward. The corpse of The Saint is recovered, except for the arm and heart of The Saint. The boat carrying the corpse capsizes. The Heart and the Left Arm of The Saint are lost, eventually drifting to Forsyth. The Devil’s Palm of Forsyth reappears and establishes itself as an island.

In the summer, two brothers and their cousinーdescendants of people that participated in the Steel Ball Run raceーwash up on an island in the middle of what is later known as the Bermuda Triangle. They learn that the island is “protected” by some force unknown to them, as it is hidden from the outside world and cannot be seen unless entered. They also learn that they cannot leave, as they are thrown back onto the island by the sea when they try to escape. In December of that year, three more people arrive on the island, all descendants of people that participated in the Steel Ball Run race as well. Their names are changed to Aþyll, Aime, and Camellia respectively later on.

The six of them begin to adjust to life on the island by using materials found on the island and metal scraps found from washed up ships. In July, the brothers and their cousin venture into the Devil’s Palm and unearth Forsyth. The older brother ventures into it during the night, while the younger brother goes in the morning. At noon, the week after the brothers venture into the Devil’s Palm, the brothers experience difficulty breathing.  Something ominous happens to them that goes unseen by the cousin, and moments later, they recover. Upon returning, they discover that the other three had also suffered difficulty breathing. In the following days, strange phenomena begin to occur around the island. Meteorites begin to fall much more frequently and strange objects begin to pour from the sky. The falling of the meteorites being more frequent causes dust and ore to be sent flying across the island. The “meteor dust” is unknowingly inhaled by all of them as days continue to pass.

The brothers and the other trio experience internal pain at identical times. The cousin, being the only one to have not experienced this, is forced to act as their doctor. Though painful, all of them miraculously recover. Upon doing so, they awaken abilities. This is discovered to be a result of continuous inhalation of the meteor dust. The dust, containing a special virus, had integrated itself into their body. They decide to name these abilities “Stands”. The brothers name their abilities “Space Overlord (SOL)” and “Nocturnus” respectively. It is unknown what the other trio had named theirs.

Construction on “The Forge” begins. The Cousin uses the fallen meteorite around the island to construct it. The island population reaches 300. The brothers are established as the leaders of the island as they are the first to have arrived. The cousin declines the offer for leadership and settles for peacefully working on The Forge as “The Blacksmith”. They also take Aþyll, Aime, and Camellia as apprentices during this time.

The second stage of The Forge is completed. Using it, they create tools that can evolve, improve, or grant abilities without having to enter the Devil’s Palm. Forsyth sinks into the Devil’s Palm and stays there due to lack of use from humans. Aþyll, Aime, and Camellia are the first to use these tools. The experiments are a success, and their abilities are now comparable to the brothers’, if not even better. Seeing this, the brothers begin to grow jealous and spiral into madness.

The Forge is completed. It is moved to a base built in space by Aime in order to use the heat of the sun, and in addition, is hooked up to a multi-dimensional panel that can bend it to however needed. An internal conflict brews within the brothers as they both begin to struggle for power over one-another.

The older brother grows mad with power and declares war. The younger brother escapes and goes into hiding for a while. He raids The Forge of supplies and materials in order to amass more power. His stand, Nocturnus, is completed and he becomes the strongest person on the island. He uses it to turn the side of the war in his favour, only to have it pushed back later by the older brother. The older brother strikes a deal with Camellia in order to grant him power as well, which allows his Sol to lock the war into a stalemate. Fearing that the both of them may very well destroy the island, the cousin begins Project D-4WN.

Project D-4WN is finished and given the official name of “Dawn”.  In a planned coup, both sides are taken out swiftly and effectively. Dawn is used to kill both brothers, sealing away the power granted to them inside of Dawn. Fearing that The Forge and Dawn may be seized by loyalists from both sides, the cousin destroys the forge and hides Dawn on a mountain. They disappear shortly afterwards, supposedly having off’d themselves. Aþyll, Aime, and Camellia seize power on the island, ushering in an era of peace, even if forced. Aþyll erases any proof that the brothers or cousin ever existed, essentially rewriting the entire history of the island. In order to prevent any events like the war from happening again in the future, they make a pact to swiftly kill each other if the worst is to happen.

anonymous user is born on the island. They lack any sort of ability and are simply living peacefully.

You are that person. You are a descendant of a Steel Ball Run racer. And just like those that came before you, it’s up to you to figure out your role on the island. All will be revealed to you by the hands of time, but are you prepared for the reality you will have to face?

(Contact info is there in the document so if there are any queries you can contact them.)