"I believe I have your attention, benders of Republic City. So once again the Wolfbats are your Pro-Bending Champions."

Amon is a character featured in The Legend Of Korra, an animated television series.

The Legend Of Korra

This is a new Spec/Universal Ability that will be shown and launched in The New Universe, a big update that will be in A Universal Time.

No moves for Amon has been leaked yet, this spec only got a Model Reveal and Icon Reveal. 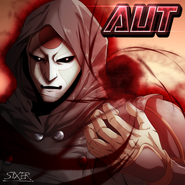