The Ben 10 Spec is an upcoming spec in the New Universe used to replace some stands and specs which might not make it into the New Universe. It has been confirmed that there are going to be only 4 aliens with 2 moves + LMB. The 4 aliens which will be with the spec are, Diamond Head, XLR8, HeatBlast and Blitzwolfer. Not much is known other than from Infernasu's video.

Kur states that the obtainability is getting the Omnitrix's Pod, Kur states that it will probably be a random chance of falling from the sky like how it was in the show. 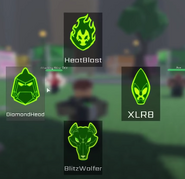 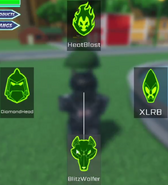 The Idle pose of the Ben 10 Spec 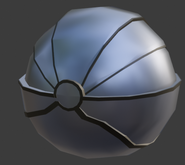