Sorry, this stand can only be obtained via Admin Arrow or given to by a Admin/Trading mod of A Universal Time. 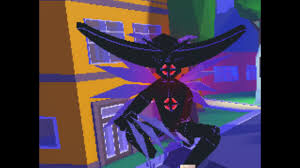 Ultimate Move : Endgame - The player press "8" Eight times Creating a Countdown starting from the Number 5:38. Once the countdown finishes the server crashes

Crucify Smash - Press "E" to smash the target with a Giant Stone Cross, It will instantly Oof the target.

Removal Smash - Press "R" to smash the target with a Giant Stone Cross, but this time it will kick the target from the game.

Soul Drag - Use "T" to grab the target and then un-summon your stand with "Q", after the stand is summoned back the target should have dissapeared.

Claw Crush - "T" + "Y" = After grabbing the target and pressing "Y" it results in the target being crushed in your arms with an instant death sometimes.

Speed Boost - Press "C" to boost your characters speed, it does not require Crosshead to be summoned in order to work.

We currently do not know the origin of Crosshead but it is a custom admin stand owned by "Zulu"?

IF YOU HAVE ANY COMPLAINTS PLEASE COMMENT. It's extremely op.

This is a admin stand

In some showcases you might not be able to find it, that is due to the reason that cross-heads name appears as: ☒☒☒☒☒☒☒☒☒☒ this is because nobody really thought they would see that part.....

oh boy they were wrong.

Retrieved from "https://a-universal-time-roblox.fandom.com/wiki/CROSS_HEAD?oldid=54110"
Community content is available under CC-BY-SA unless otherwise noted.