A Universal Time Roblox Wiki
Register
Don't have an account?
Sign In
Advertisement
in: Unobtainables, Stands, Non-Canon,
and 2 more

This content is Temporary Unobtainable. Meaning it will come back every Christmas.

"I can't give you a stocking of coal without getting closer." —Jotaro Kujo, bonded with the Spirit of Christmas.

Christmas Star Platinum Requiem's Theme is a Remix of Jotaro's Theme but with holiday sounds.

This stand IS SEMI-UNOBTAINABLE. And has the same exact value of HSTWR, The rival of CSPR.

It Is obtained by using A Present On Star Platinum Requiem. 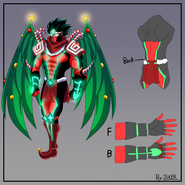 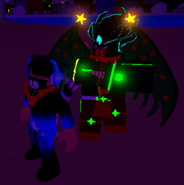 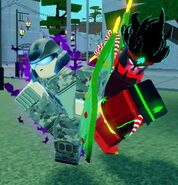