A Universal Time Roblox Wiki
Register
Don't have an account?
Sign In
Advertisement
in: Non-Canon, Stands, Evolutions,
and 4 more

DELTA (FOR THE DELTA)

"FOR THE DELTA!" —Camellia

DELTA is an unreleased (canceled) stand, unlike normal stands, DELTA is a support stand, only the user of the "stand" being able to attack people, yet it wields extraordinary abilities, the stand is based off of the Camellia Song: For The Delta, belonging to the Camellia stand side of A Universal Time (AUT).

DELTA's original release date was planned for New Years, then got delayed to February 20 2021, then once again it was delayed due to the New Universe Update. Slightly before the New Universe released, Alu retired, this means the stand is very unlikely to be released at all.

DELTA's main use of support is altering time, yet can seemingly warp the map and scream loud enough to blow people away. Other abilities it may have are unknown, yet there is a picture in the gallery showing a move that is unnamed yet. The game is currently being updated as of 3/26/2021 And may probably come out 2 months from this date but there is no public release date (there is a release date though.

Delta has been canceled due to the character belonging to alu, a special developer (co owner of AUT) who quit A Universal Time.

DELTA is a 3-Part Triangular stand, its head and hands being equilateral triangles with circular and triangular moving parts inside of them, fusing a sort of Triforce/Orbital design. Its fingers resembling odd diamonds. It's color scheme is Neon Green/Dark Gray and it can reassemble its parts at will, its pose being able to turn itself into a nice looking gamer chair. It can produce flashing lights at will and a sound bar. 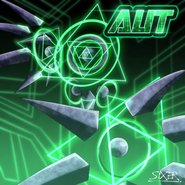 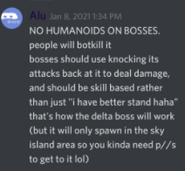