DIO is the main antagonist, featured in 3 parts of JoJo's Bizarre Adventure, which is: Phantom Blood, Stardust Crusaders, and Stone Ocean (In flashbacks), along with his Stand, The World. DIO is the first boss in A Universal Time. DIO has 1.5k health.

DIO has a percentile health bar and all damage dealt to him is converted to a percentage. 67.5 damage is roughly 4.5%.

You equip a stand/spec that has at least one projectile move and aim it at DIO from a far away distance where he can't detect you. Stands that can be used for this purpose are listed below: 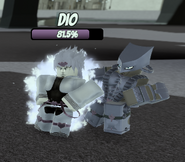 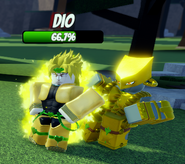 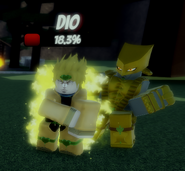 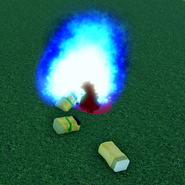 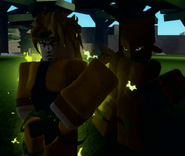 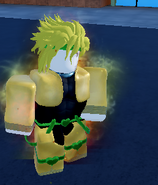