A Universal Time Roblox Wiki
Register
Don't have an account?
Sign In
Advertisement
in: Stands, Evolutions, Unobtainables,
and 9 more

View source
watch 02:52
Roblox: DeepWoken - The Loop
Do you like this video?
Play Sound

DJ Noob resembles a purple-suited humanoid figure with a Plague Doctor's mask with two symbols where the eye holes are meant to be. It wears a black jacket as well.

In the Old Universe, DJ Noob assumed the form of the popular internet/Roblox meme "Noob". However, it donned a Roblox Brand Cap, a blue scarf, and fist wrappings of the same color tone as the scarf. A little Noob also clinged to the back of its head. DJ Noob is just a The World: Over Heaven Reskin. It used to be a Star Platinum: Over Heaven re-skin but this stand has been deleted from the game and is doubted to ever return.

DJ Noob (former name) /Ruler of everything was obtained by using Boombox on Noob Platinum. Currently unobtainable, you can get it by trading.

DJ Noob's Remodel, Troll In A "Business" Outfit, and Rename: Ruler Of Everything. 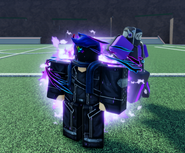 Ruler of Everything Idle, Aura, and Stand Model 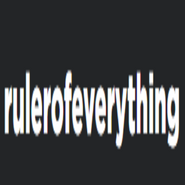 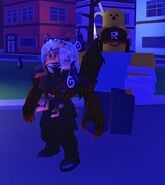 A image of only DJ Noob