"A noble soul that watches over the land..." —Narrator

Dawn is a spec referenced spec from Genshin Impact, an RPG game made by Hoyoverse.

To obtain Dawn, you must enter the dojo at the left of station B, and talk to StucksDucks with Tales Of The Universe in your hand, who will give you a quest.

The Quest's Requirements are random but 3 of these will be chosen to be your quest:

After completing his quest, you will need to speak with him once again to be deemed worthy. As a final step, the sword can be pulled out at the Wolf's Gravestone inside the Dojo

The NPC that gives you Dawn, on top of the mountain by the houses next to the beach in NU 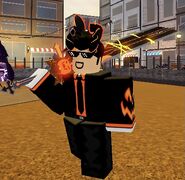 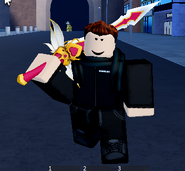 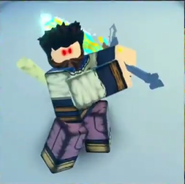 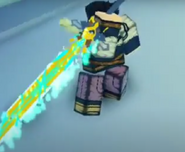 Close-up of the Tales Of The Universe

Tales Of The Universe in the hotbar 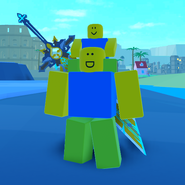 Dawn When Not Equipped 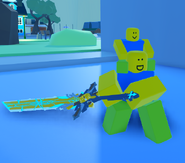 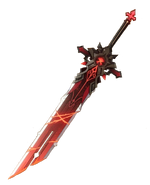