A Universal Time Roblox Wiki
Register
Don't have an account?
Sign In
in: Stands, JoJo's Bizarre Adventure, Evolutions,
and 7 more

View source
watch 02:23
Wiki Targeted (Games)
Do you like this video?
Play Sound

"「THE WORLD!」This is where the fun begins!~" —Diego Brando (Parallel Universe)

THE WORLD (THE WORLDザ・ワールド Za Wārudo) is the Stand of the Diego Brando from Another Universe, featured in Steel Ball Run.

As of now, this stand doesn't have any available passives.

DTWHV use to be obtained by using a Cosmic Orb on The World High Voltage.

Other Ways To Obtain DTWHV: Trading Or Overpricing For DTWHV

Note: This stand is now unobtainable 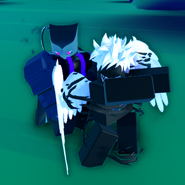 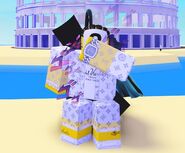 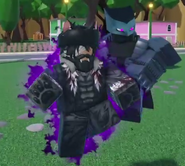