None, Not a Stand

This spec is based on one of the characters in the popular anime Jujutsu Kaisen.

Gojo Satoru (五条悟 Gojō Satoru), also known as Gojo for short, is a major protagonist in the anime Jujutsu Kaisen and the strongest known Jujutsu Sorcerer as of now in the JJK (Jujutsu Kaisen) Anime. Gojo is a universal speculation which released in The New Universe, the largest update in A Universal Time, as it became a whole entire rework. Gojo is currently S Tier, right behind Planet // Shaper.

Gojo has two different appearances/replica's, and one of them are Gojo wearing his Blindfold and Gojo with No Blindfold.

Immense Cursed Energy: Satoru Gojo is known within the Jujutsu Society as the strongest jujutsu sorcerer. He has excellent control over his cursed energy, capable of activating his Domain in a split second, use reverse cursed techniques, and even combine positive and negative cursed energy.

First off, you need to find the Gojo NPC. He's at a mountain near the small hut leaning against a tree. You need 100,000 UCoins to get the quest. UCoins are obtained by opening Treasure Chest or thugs 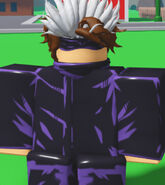 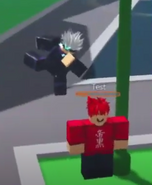 Gojo's Appearance in-game without his Blindfold 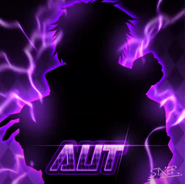 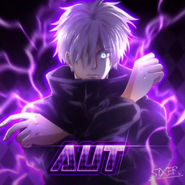 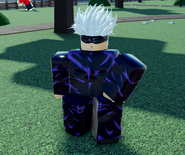 A image of Gojo's new clothing 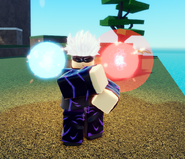