Gold Experience is a humanoid Stand, mainly colored gold (as shown by its name), that has some brown areas on the upper hand, as well as purple on both knees and both sides of its chest.

Golden Experience is a humanoid Stand of slender build and average height, similar to Giorno's body type. The top of its head is similar to that of a typical helmet of a soldier, with curved markings similar to the letter J coming down from the eyes on both sides. There are stylized wings on its shoulders and large ladybugs all over its body, which seem to parallel the ladybug emblems present on Giorno's design.

Its design is based on the scarab beetle, as a symbol of creation in ancient Egypt, and on ladybugs, symbolizing regeneration, with its angel wings as a symbol of peace.

It wears slings, similar to the suspenders on DIO's pants.

Befitting its name, Gold Experience is portrayed in most media featuring it in a shade of yellow, but changing colors for some of its details, most notably its ladybugs ornaments.

Gold Experience can be obtained by using an Arrow on Standless. 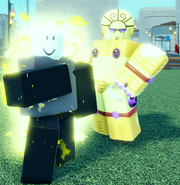 GE and its user's idle. 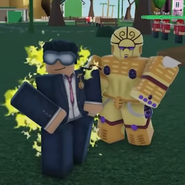 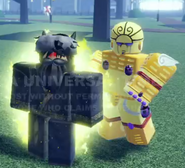 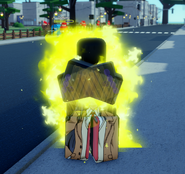 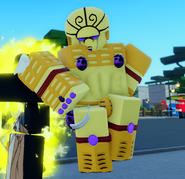 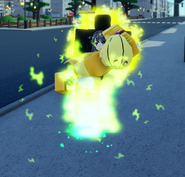 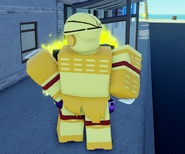 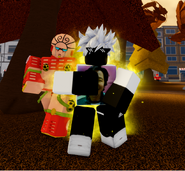 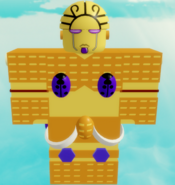 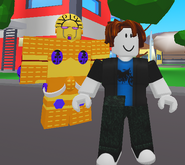 GE idle in one of the old maps. 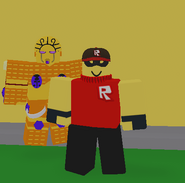 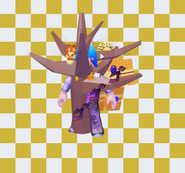 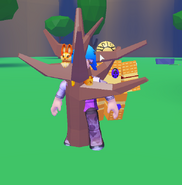 Gold Experience Tree without a background.

Gold Experience in the Anime.