"The only thing that will survive is the truth of this world." (`Ikinokoru yuiitsu no mono wa, kono sekai no shinjitsudesu.')

Golden Experience Requiem is a strong canon stand like all the other stand's in-game.

GER Is A Tier in Trading.

CER Is Removed, but it was believed to be a B in Trading. Before it's removal it was actually broken. When the devs found out they had no way to fix it (possibly) they removed CER from the game's code entirely.

GEROH would be still B tier, since the stand was made from a DIO's Diary, and since Dio Diary's are not rare, it would not give the stand a tier up on the Tier List

True Requiem Arrow decreases the chance to 1/5, this is the arrow that'll most likely give you GER. 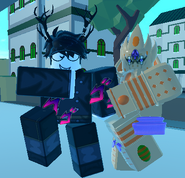 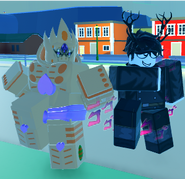 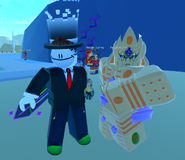 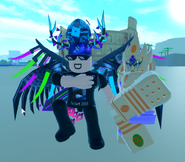 Ger in the Manga 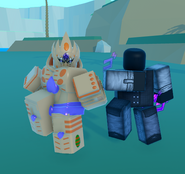 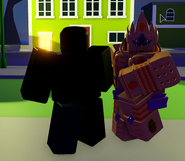 Retrieved from "https://a-universal-time-roblox.fandom.com/wiki/Golden_Experience_Requiem?oldid=55740"
Community content is available under CC-BY-SA unless otherwise noted.