This Stand is a Seasonal Unobtainable, it will come back every Halloween, its currently unobtainable.

"What objection do you have to serving me? You can easily obtain all the candy that bring peace of mind simply by serving me..." —DIO, gone to the inevitable search of Halloween candy.

HSTWR is a Halloween Reskin of STWR with a different color palette, instead of purple it displays neon orange wings, face and arms. It has a different pose from STWR and it has the chair while posing with P and it plays the same music.

The new obtainment method for HSTWR is

HSTWR was obtained by using a Holy Diary on Shadow The World Requiem. 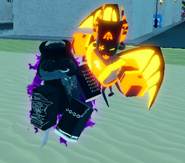 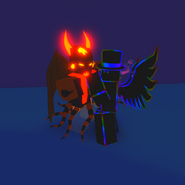 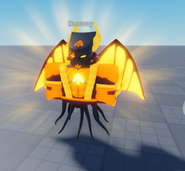 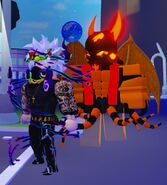 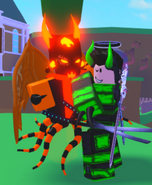