"I'm so tired of killing... I just want to be a kid. Hanging out, doing stuff with Gon. That's it." —Killua

Killua is an character spec from Hunter X Hunter. Killua Zoldyck is the third child of Silva and Kikyo Zoldyck. He is the best friend of Gon Freecss. Killua possesses many supernatural abilities, which are enhanced strength, speed, agility, stamina, durability, and endurance. He is also immune to poison and electricity. He is also a genius and a master strategist, being able to create complicated tactics, even while in a fight.

Use an item called Yo-Yo on Standless (Yoyo Can be obtained from the quest from the Killua NPC at the Dojo).

Only when the quest is finished, you'll be given the Yo-yo automatically. 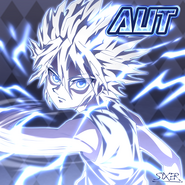 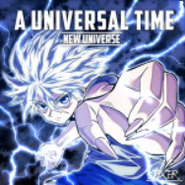