"Do you understand, user !? I must crush my fear! Now is the time... I must overcome it right now! That is what it means to live!" —Diavolo

King Crimson (or simply "KC") is the Stand of Diavolo, the main Antagonist of Vento Aureo (Golden Wind). It is a powerful and quick close-ranged Stand, being to impale one's stomach and chop someone's arm off. It also possesses the ability to erase time and predict the future. It is however, not very persistent and has low range, making it difficult to fight groups of people. In-game, King Crimson is a powerful Stand with mediocre speed. It has very powerful combos that allows you to take much HP to end a player. King Crimson cannot evolve further, but back in the Old Universe, you could obtain King Crimson Requiem and XENO.

King Crimson can be obtained by using an Arrow on Standless, with the same chances as every Stand obtained from the Arrow. 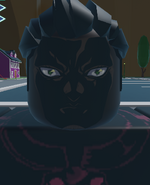 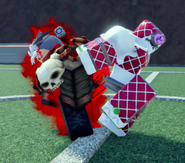 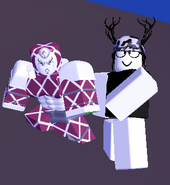 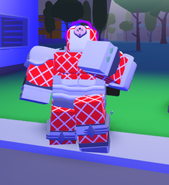 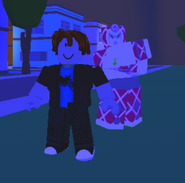 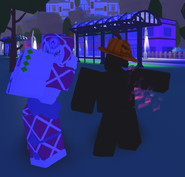 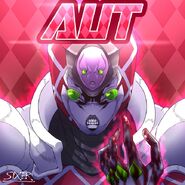 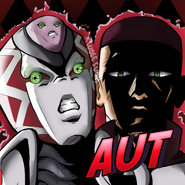 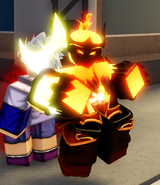 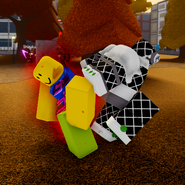 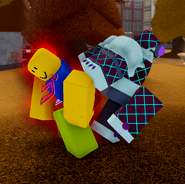 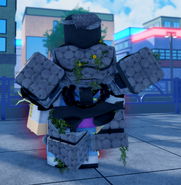