A Universal Time Roblox Wiki
Register
Don't have an account?
Sign In
Advertisement
in: Stands, Unobtainables, Non-Canon,
and 4 more

"No one can escape the fate that was chosen for them. All that remains is the end, where you will perish. Eternal greatness exists only within myself." —Diavolo

King Crimson Requiem is an unobtainable, being the lowest A tier on the tierlist.

King Crimson Requiem used to be one of the strongest stands in the game, with a variety of attack moves, a strong counter move, an extremely powerful barrage, and many stun moves.

In the original ending of Part 5, Giorno Giovanna claimed the Stand Arrow and thus, achieved a requiem stand (Gold Experience Requiem) and defeated Diavolo, trapping him in an infinite loop of death. This is the result of a non-cannon ending, where Diavolo obtains the arrow instead of Giorno.

This stand has the same moves as it's predecessor King Crimson.

King Crimson Requiem is white and gray with gold streaks. He is wearing a hoodie and a mask, the mask has red eyes, red marks on the sides, and a gold v shape on the top. The hoodie has 2 gold streaks on each side. His arms have small wing-like structures on the top with of course a lot of gold streaks. A gray pad under the structure, 2 rectangles with a black outline and white in the middle, and finally white bands with gold on the first band and what seems to be claws. The legs have a large pad with a gold outline and a white filling and gray legs with dark gray feet.

As of now, you cannot obtain King Crimson Requiem without trading with another user, this is subject to change in the future. 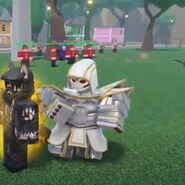 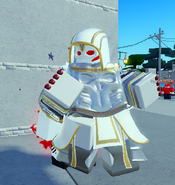 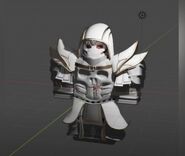 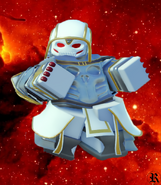 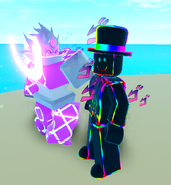 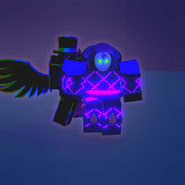 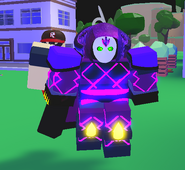 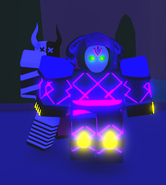 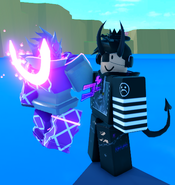 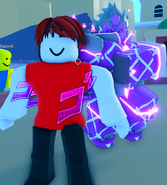 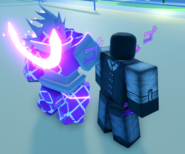