A Universal Time Roblox Wiki
Register
Don't have an account?
Sign In
Advertisement
in: Stands, Evolutions, Non-Canon,
and 5 more

"If this were a game of chess or shogi, I would call this checkmate!" —DIO

Locke, an original design from the AUT team is a stand that will be released in the upcoming update. Locke was used to be known as "The World Requiem" and was unobtainable, but the users who used to own The World Requiem will be compensated with an unobtainable skin only limited to them which is foreshadowed to be able to be traded.

Locke resembles a mechanical humanoid with pipes coming from its neck going downwards to his torso, the pipes also extend from its arms. It has a futuristic looking helmet with glowing eyes beneath. Locke also has lighting-like effects from the yellow pods on its arms. Locke's color scheme is black and yello.

Unknown as of now

The World Requiem Posing in the old map 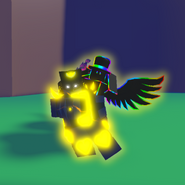 The World Requiem Posing with its user 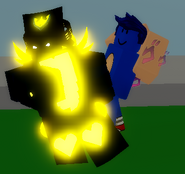 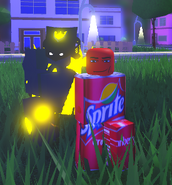 A user using TWR, in the oldest maps 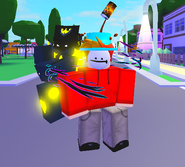