A Universal Time Roblox Wiki
Register
Don't have an account?
Sign In
Advertisement
in: Non-Canon, Rare, Close-Ranged Stand,
and 6 more

Cake Platinum (Party Starter) is a lone B tier unobtainable. It was originally obtained with a Celebration Diary on Standless. It had an epic pose. This was obtainable on the 10K visits update, which is unobtainable due to the event passing. It's name has been changed to Party Starter and is a reskin of The World: Over Heaven (TW:OH). Party Starter is the most common permanent unobtainable, but it's value is High, making it a bit easier to start off a journey to your most wanted unobtainable.

Party Starter can't be obtained in New Universe anymore, you can get it from trading or winning a giveaway.

Cake Platinum is obtained by using a Celebration Diary on Standless 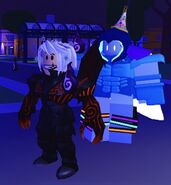 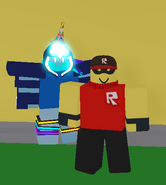 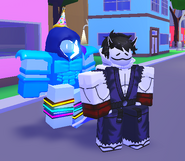