A Universal Time Roblox Wiki
Register
Don't have an account?
Sign In
Advertisement
in: Stands, Non-Canon, Protagonists Stand,
and 4 more

"The one who’ll be the judge is my stand!" —Kujo Jotaro

Jotaro Kujo (After defeating DIO in a different timeline, while a mysterious book stored)

Sol (formerly known as Jotaro's Star Platinum/JSP) is the evolved non-canon, buffed, and inspired version of Star Platinum, a canon stand shown from JoJo's Bizarre Adventure, Part 3: Stardust Crusaders. It's nickname/full form is “Space Overlord”. Sol’s ranks are A in Rarity Tier list, and B in PVP Tier list. Sol's thematic counter part is Nocturnus. Sol also has one unobtainable reskin, that being Cypher.

Sol, at first glance, appears to be impractical to use in PvP fights. All of it moves, except for teleport barrage, have long windup and/or cannot combo into M1s. However, situationally, Sol can be used to great effect as long as you have experience and understand when to use your moves.

Similar to Nocturnus, even though it’s a Star Platinum variant, it doesn’t have the ability to time-stop.

Sol is obtained by either accepting DIO's quest (Star Platinum equipped) or killing DIO (NPC) and accepting Jesus's quest, once you accept, you will get a quest called "Creation of the Cosmos", complete the objectives and make sure to kill DIO last, be sure to have the Tales of the Universe item in your inventory and not equipped, and once DIO dies, Jesus will spawn again with the same dialogue, this time you have the quest done, without the Tales of the Universe item in hand but in your inventory, click "Yes" you will then respawn with Sol.

Quest (Kill Dio and press yes or Talk to Dio) 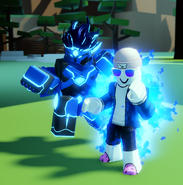 Sol in a dark alley

Sol in the shop

Sol in near the cabin entrance in the Forest 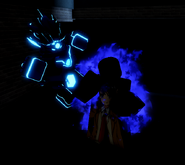 Sol Pose in the Dark

Sol's back in the dark 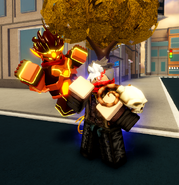 JSP Pose in one of the oldest maps

JSP Pose in daylight in the oldest maps 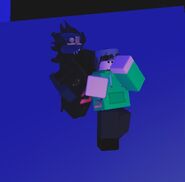 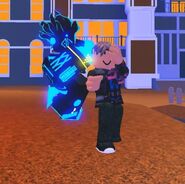 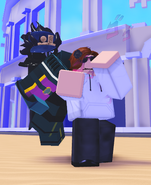 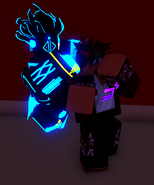 A player posing with JSP (old model) at night. 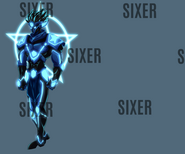