This is the easiest spec to obtain in the game, as its:

The moveset is based off from Kazuma Kiryu, a main protagonist from the game Yakuza. One of the interesting factors is that Standless is one of the only specs that can damage the user. If a person takes a banned ability into the 1v1's gamemode such as Sans or Planet Shaper, Standless will replace that ability.

Standless / Human can be obtained by going to a NPC named Enrico Pucci that can reset your stand to standless, obtained by playing the game for the first time, or switching to the none slot in your stand storage. 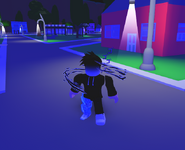 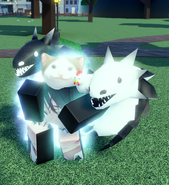 Standless Pose with Way Of The Yakuza active

Pose without Way of the Yakuza 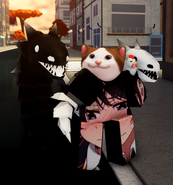 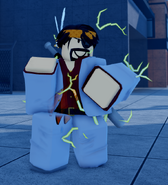