HFTF means Heritage for the future; a series of JJBA.

SPR/SSPR has the same rarity as STWR.

This stand is S+, making it one of the rarest stands in-game.

SPR is obtained by using Cursed Orb on Star Platinum OVA Over Heaven.

Quick note about the moves: When it says "first attack" or "second attack" and their respective damages it does not refer that a move must be used twice to get the percentage damage, the percentage and base damages switches between attacks, 1 move or 1 lmb will switch the base to percentage, if this is not clear enough, maybe the description of SPR's Passive (Cursed Punches) above could help.

Star Platinum Requiem Idle (In The City Of Tears) 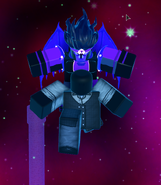 SPR's Backflip When Flight Is Done 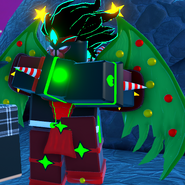 The back of Star platinum

Star Platinum Requiem in the Thumbnail.
Add a photo to this gallery 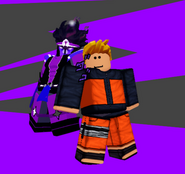 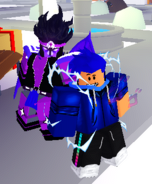 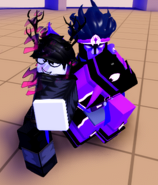 Add a photo to this gallery
Retrieved from "https://a-universal-time-roblox.fandom.com/wiki/Star_Platinum_Requiem_(SPR)?oldid=55191"
Community content is available under CC-BY-SA unless otherwise noted.