A Universal Time Roblox Wiki
Register
Don't have an account?
Sign In
Advertisement
in: Stands, Evolutions, Canon,
and 5 more

The World: High Voltage is the Stand of the Another World/Alternate of Diego, featured in Steel Ball Run. This stand looks just like The World but with at the back and completely yellowish skin. It is obtained by using Eye of the Saint's Corpse on Shadow DIO. Alternate Diego was first introduced after Johnny Joestar defeated Funny Valentine, when the infinitely-rotating Funny Valentine brought Diego into the main universe using D4C to get the corpse.

It used to evolve into Diego's The World High: Voltage by using a Cosmic Orb on TW:HV, but DTW:HV is now permarse counter-part The World. Most users of this stand stay as far away as they can, only coming close to finish the enemy off. However, it does have powerful close-ranged true combos if called for.

The World: High Voltage is obtained by using an Eye of the Saint on Shadow DIO.

The World: High Voltage is obtained by using Valentine's Flag on The World. 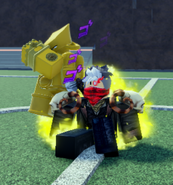 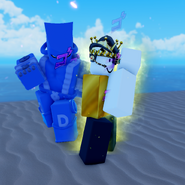 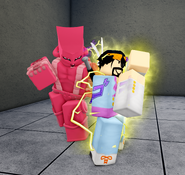 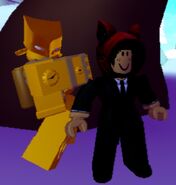 The World Alternate Universe in one of the oldest maps 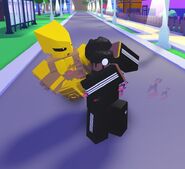 (Note: Some are not true but still useful)