A Universal Time Roblox Wiki
Register
Don't have an account?
Sign In
Advertisement
in: Stands, Canon, Obtainable,
and 3 more

"The World's ability is as its name suggests, to reign supreme over the entire world!"- DIO, JoJo's Bizarre Adventure OVA (1999)

The World OVA (ザ・ワールド（世界） Za Wārudo) is an humanoid stand, and the Stand of DIO, The Main Antagonist featured in the Stardust Crusaders OVA made by Studio A.P.P.P. The World's main ability is to stop time and have a few seconds of advantage just to eliminate one adversary/enemy. The World OVA is also sometimes known as Retro The World to the majority of A Universal Time's Player Base. Retro The World/The World OVA is a close-ranged stand.

Not only The World OVA was shown in the Stardust Crusaders OVA, but it was also shown in Heritage For The Future, an Arcade JoJo game made in 1998/1999.

The World OVA doesn't have any docile('s), but it does have a move-set.

The World OVA/Retro The World and original The World have the same moveset. 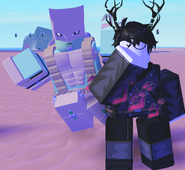 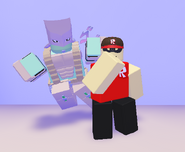 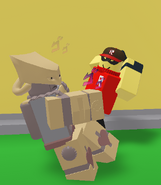 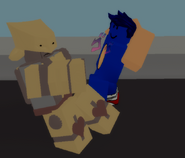