Tusk Act 4 is the final act of every Tusk Act and sometimes written as 爪) is the Stand of Johnny Joestar, featured in JoJo's Bizarre Adventure, 7th adaptation, Steel Ball Run, a JoJo Part that has a race from San Diego to New York. This stand is not tradable, attempting to do so will revert it to Tusk Act 1. Tusk Act 4 is the most powerful act out of all the other Tusk Acts and Tusk Act 4 is also known as one of the strongest stands in the JoJo Universe.

Tusk is tradeable, but the Acts don't transfer. Your own Tusk Acts save, but doesn't transfer to the other person you traded with. Please do not scam others with this trick/method.

Tusk Act 4 is an all pink Stand, with its head on the middle of it's torso with white eyes and a black star shape around the eyes, a yellow horseshoe on its forehead, pink jaw, big purple shoulder pads with yellow stars on the shoulder pads, yellow hands, pink big skirt which covers most of the legs, pink wrist gloves/guards which have a few stars on them, pink knee pads with a yellow star on it and 2 big stars on the near bottom of it’s leg.

Tusk Act 4 is obtained by calling out your horse, riding around the map with the Steel Ball/Spin Item equipped in your hand alongside Tusk Act 3 summoned. Once the Steel Ball starts manufacturing Yellow Circles, that is when you’ll obtain Tusk Act 4. (This was the more canon way, as Johnny was able to evolve his stand by using the horse to make a Golden Rectangle, allowing him to tap into the Infinite Rotation and gain Tusk Act 4.) 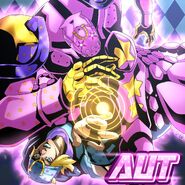 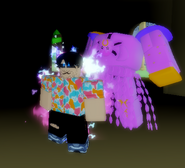 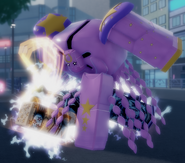 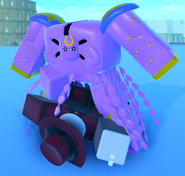 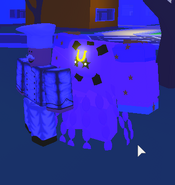