A Universal Time Roblox Wiki
Register
Don't have an account?
Sign In
Advertisement
in: Evolutions, Non-Canon, Specs,
and 5 more

This Stand is a Seasonal Unobtainable, it will come back every Halloween, its currently unobtainable.

"You see through the facade of the world, user . You'd make a cunning companion for trick or treating..." —Reaper, scheming for the best tactic to trick-or-treating

425
Urzan (formerly known as Hallow Reaper/Hollow Reaper/HReaper) is a unobtainable variant of Reaper. Urzan heals double the amount of Health Regular Reaper can recover, though, it has been changed to 10 HP restored per second, making a large health regeneration nerf for Urzan and Reaper.

Urzan is a seasonal spec, meaning it is only obtainable during Halloween.

Urzan is obtained by using a Pumpkin on Reaper.

Hollow Reaper was obtained by using a Cosmic Orb on Reaper. 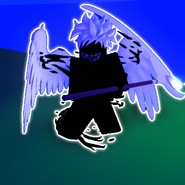 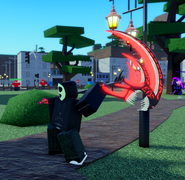 Old Model of the scythe being thrown

Player(s) with HReaper in Old Universe 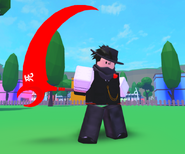 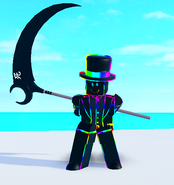