A Universal Time Roblox Wiki
Register
Don't have an account?
Sign In
Advertisement
in: Stands, Evolutions, Antagonists Stand,
and 4 more

"This is the final round!" —DIO

VTW's Appearance was: Yellow Skin (Like The World: AU/HV), Red Eyes, Yellow Abs, Yellow Lower Crown Of Egypt, 2 Gaunlets, 2 Oxygen Tanks on his backs along with a strap, Shoulder Pads, a belt, Knee Pads and a lot more accessories. It was still similar to The World in a lot of ways. Mostly different colored gear on the stand. 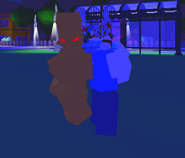 Scene Of DIO Taking All Of Josephs Blood In The Anime 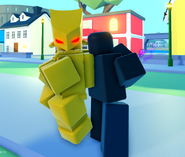 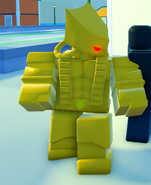 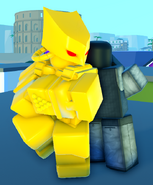 If this were a game of chess between us, this would easily class as checkmate.

I'll show you the true power of Stand!

*These can be obtained by different methods or can't be obtained anymore, as this stand is removed.