A Universal Time Roblox Wiki
Register
Don't have an account?
Sign In
Advertisement
in: Specs, League Of Legends, Reworked,
and 2 more

View source
watch 02:52
Roblox: DeepWoken - The Loop
Do you like this video?
Play Sound

"Honor is in the heart, not the name." —Yasuo

Yasuo himself, the legendary brother of Yone.

Yasuo used to be a spec obtained by using Samurai Path on Anubis. In real life, samurai were hired protectors/assassins, and their signature blades of use; the katana, were forged and sharpened to be "As to cleave through mountains with enough determination", as the legends say. The Samurai Spec is based on Yasuo.

An Ionian of deep resolve, Yasuo is an agile swordsman who wields the wind and air itself against his enemies. As a proud young man, he was falsely accused of murdering his master—unable to prove his innocence, he was forced to slay his own brother (Yone) in self-defense. In time, his master’s true killer was revealed, and his brother mysteriously returned from death, yet Yasuo still could not forgive himself for all he had done. Now, he wanders the world with only the wind to guide his blade.

Talk to the Umbra NPC and complete the first quest. After completing the first quest, go back to Umbra, and talk to him again, you'll receive the second and final quest, which is defeating him. (Him = Umbra, not the Him NPC.)

On killing the boss you might get one of the two items, Ancient Sword (For Yasuo) and Azakana Mask (For Yone).

Samurai was obtained by using Samurai Path on Anubis. 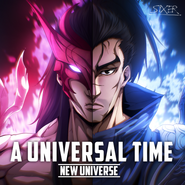 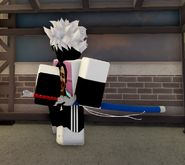 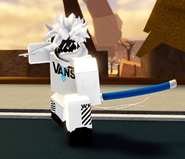 Yasuo's Call of the wind pose 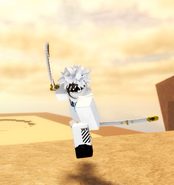 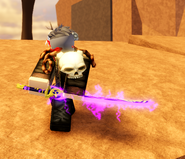 Call of the Wind

Grab - "It's just death, nothing serious."

"A sword's poor company for a long road."

"One blade, one purpose."

"Sleep is for the guiltless."

"Yone, I learned your lessons too late."

When a projectile hits the Wind Wall

The effect played when Steel Tempest is charged